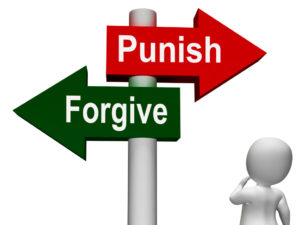 We have been creating successful documents for federal clients since 2010, having a proven track record to back up our claims. For 9 years we have helped pretrial defendant’s get the most favorable facility designations, helped inmates with their §2255 motions, and helped hundreds of released inmates gain early release from probation/supervised release.

Now we bring our considerable experience to pardon applications.

Last year, President Trump announced the he was looking at granting Clemency to an unprecedented number of inmates; 3,000 was the number he gave in 2018. However, as the President is known to do, he seems to be waiting for the most opportune time to execute his clemency initiative.

To prove this point, take a moment to read an article from June 6, 2019 the Washington Examiner entitled, “Trump Urged to Pick his own Pardon Attorney“. Between now and the end of his presidency, Trump plans to exercise his clemency muscles more than we’ve seen from any modern president. The current wisdom here at PCR Consultants is that he will wait until JUST BEFORE the 2020 presidential elections to gain as much positive PR has he can before we all go to the voting booths.

Read on for more information.

The word “Pardon” is a broad term that includes different types of official crime forgiveness. There are a few different terms underneath the “Pardon” umbrella that you should know about.

“Clemency” and “Commutation” are two terms that describe a presidential action that forgives a prison sentence. In common understanding, clemency a term used to describe the President’s power to forgive a sentence that hasn’t been served or completed.

Commutations are granted to inmates already serving their sentence.

In either case, the President forgives all or part of a defendant’s sentence in the interests of justice an mercy. There is no greater time than now to apply for presidential clemency as a defendant or federal inmate.

Getting your application as soon as possible is the best way to reduce a sentence for a nonviolent drug offense.

A commutation can also be given to the financial restitution piece of a criminal conviction as well.

Pardons are specifically for federal convicts (those convicted of a federal crime who either served prison sentences or probation terms) who have served their prison time and have been released from supervision, probation, or parole.

Read more on what it takes to qualify for federal pardons here. 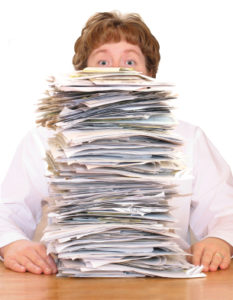 Don’t let the paperwork scare you

The process to apply for a federal pardon in the United States is relatively simple. You fill out a form, send it in, and pray. Chances aren’t great for a pardon, as only about 1 out every 60 applications are granted. However: nothing ventured, nothing gained.

Increase those odds with the help of PCR Consultants. We spend considerable time with each client to ensure we have the most accurate information. We comb a client’s criminal docket1, search for anything that may be helpful, and carefully draft each section of the application for maximum effectiveness.

Next we work with clients to ensure that they are fully satisfied with their application before finalizing it. Each client is unique and has final approval authority for the application form, format, and contents. We give each client our expertise, but let them have the final say-so in the finished product.

Finally, we print the application on sturdy, 100% cotton Ivory paper, bind it in a hard-cover book, perforate the pages so the Pardon Attorney’s office can remove each page (if desired) and ship it priority to the client for their signature(s).

Want to Know Even More?

Contact PCR Consultants for a free consultation on federal pardons.