This is the third of a three-part series on early termination of supervised release. In our first part, the factors a judge is mandated to consider are discussed.

In the second part, policy factors that a judge can (and should) consider, but are not binding on a judge’s decision, were discussed.

Here, there are three issues that are not really known outside probation offices and courthouses that affect early termination of supervised release and probation in the federal system. 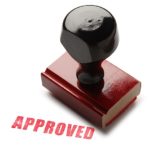 There’s No Sure Thing

First, it must be noted that there is no silver bullet to ending federal probation early. There are no guarantees that any applicant for early release from supervision will have his or her request granted.

That decision, in all cases, is ultimately up to the presiding judge. There are, however, three little-known facts that can help those on supervision get an edge that other applicants don’t have.

Secret #1: There are different levels of supervision, and Judges care!

The United States Probation Office is the supervising authority over all federal cases and defendants sentenced to probation or supervised release. Within that office are policies that govern how intensely clients are supervised.

“How long has it been since you’ve see your PO?”

If it has been longer than 90 days, chances are that you have been moved to a “lowest-risk” or “administrative” level of supervision. Contacting the supervising PO to ask what level of supervision is being administered on your case is an easy way to figure out if you’re off their radar.

The lower the level of supervision, the more likely a judge will see no need to keep you on supervision at all

That amendment did lots of things, such as reducing the term of supervision on different felony classes and discussed policy on the supervision of deportable aliens. More importantly, though, was the Commission’s new stance on Early Terminations.

For the first time in history, the Sentencing Commission is encouraging early termination of supervised release. This encouragement is only for “appropriate” cases, and the only example of an appropriate case is a defendant that completed substance abuse treatment and kicked their addiction.

The justification here is that addiction recovery is directly associated with lower re-offense rates. When risk of re-offense is lowered by some sort of rehabilitation, and that rehab sticks, the Sentencing Commission believes that early termination is appropriate.

Secret #3: Violations are not a Killer of Early Termination Requests

In the newest version of judicial policy, probation officers are supposed to assume that their supervisees are appropriate for early termination after 18 months of active supervision if they meet six criteria.

In the section discussing that criteria, all violations of supervision are up for review, but policy states that only reported violations in the past 12-months are considered. If you had a violation early on, but have done great since then, you may still be recommended for early termination by your PO.

There are 14 other factors in statute and policy that guide judges to their decisions in ending federal probation early. Read more about these statutory factors and policy factors on the probation termination section of our blog.