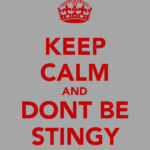 Obama is stingy with sentence commutations

Its a sad fact that Obama has pardoned and commuted less sentences in his presidency than any other president in modern American history. In a positive recent action, Obama issued 22 sentence commutations to federal inmates serving time for drug-related crimes.

These 22 sentence commutations nearly double the number of these actions that he took in the first three-quarters of his presidency. In an article from The Atlantic, snarkily titled, “Obama Offers Commutations to 22 of 209,155 Federal Prisoners,” David A. Graham delves into the good and bad news surrounding these commutations.

Here’s How that article gets going:

For opponents of the War on Drugs—a group that seems to be growing—and those who think the U.S. incarcerates too many people, Tuesday brought some good news and bad news.

The Good News: President Obama has announced that he’s issuing commutations to 22 individuals. They all share convictions for drug offenses; eight would have died in prison if not for clemency.

The Bad News: As The Huffington Post notes, that more than doubles the number of commutations and pardons Obama has issued through the first three-quarters of his presidency. As my colleague Matt Ford noted in December, Obama has been stingy with his mercy, even by the standard of recent presidents, who have used their power more infrequently (though George W. Bush issued only 11 commutations over two terms). Ron Fournier also wrote an excellent analysis of Obama’s pardons in 2013.

Sometimes these two words get used interchangeably, and their meanings get lost, so lets clarify. A presidential pardon comes to ex-cons who are out of prison and want their crimes wiped off their criminal record. Pardons usually come at the end of a president’s term to wealthy donors who have no other criminal history besides the one federal conviction to which the pardon is being requested. Translation: pardons are for free men who want to get rid of their criminal record.

A Step in the Right Direction

Obama is to be applauded for his actions, while still encouraged to do more. As the title of the Atlantic article points out, over 200k inmates are still incarcerated in the federal Bureau of Prisons. Considering America has about 5% of the world’s total population, but 25% of the world’s prison population, Obama could do much more to leverage his pardon and commutation power to affect a lot of change.

Sentence Commutations are a good start, though.